Sorry Drew Barrymore, I Complain About Pregnancy All The Time So I Guess That Makes Me Crazy

I enjoy Drew Barrymore as much as the next person. Â I loved her when she talked about the cute little red goatee she grew during her first pregnancy because I am a huge proponent of telling the truth about all the bizarre things that happen to our bodies during pregnancy. Â Although I thought she was shining it on a little when she called it wonderful, I let it slide. Â It just seemed like a word she would use to describe anything. Â But then last night in a red carpet interview at the Golden Globes she put herself in a pregnancy camp that I could never sleep in.

“Pregnancy is such a miracle, anyone who complains about it is…just…crazy,” she said to Ryan Seacrest of her second foray into creating people.

Ok, pregnancy is a miracle. Â As someone who struggled with infertility for two years before my first and got pregnant by accident in like a millisecond with my next child, I can vouch for the inexplicable, uncontrollable phenomenon that is sperm-meeting-egg, egg-implanting-in-uterus and everything else going according to nature’s plan. Â It’s a miracle. Â But that does NOT mean I won’t complain about it. Â And if that makes me crazy, so be it.

Today I’m not going to go for the easy targets: the sickness, the pains or the weight gain. Â I’m so far in the “I have plenty to complain about this miracle of pregnancy” that I’m reaching into the depths for these three gripes. 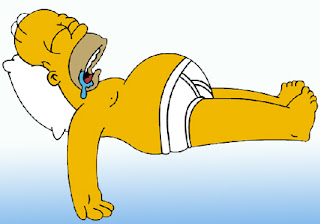 During the first trimester while you can actually still sleep (when you’re not peeing), it becomes a whole new experience. Â One that is filled with the most vivid intense dreams you’ve ever had. Â And I’m not talking about once in awhile. Â These wild dreams hit you every night and every catnap at your desk like you were kissing Valentino by a crystal blue Italian stream. Â Which, consequently, it will feel like you are swimming in with the puddle of drool you produced while you were navigating those insane dreams.

2. Â The awkwardness of the PERSON who has taken up residence in your BODY.

All expectant mothers look forward to that first flutter in your abdomen, the one that makes you stop and exclaim, “I just felt the baby!” Â It’s a turning point in every pregnancy when things get really real. Â But then you still have roughly 27 months of pregnancy left and that butterfly kiss flutter grows into rapid succession of kicks to the ribs. Â And who can forget the first time you see the head or a knee sail by protruding from the mound that is your midsection, stretching your already thin skin like a flesh-colored rubberband.

I’m sorry, my kids are going to be 5 and 3 soon and I won’t stop complaining about this. Â Where else is it acceptable for a professional at work allowed to tell you they’ll show up for work somewhere between 36-43 weeks? Â Can you imagine if I said to my boss, Hey Eve Vawter, I know this post is supposed to run at 8am, but what if it’s sometime during the hours of 8am and 7pm? Â Does that work? Â Um, no it doesn’t work. Â Or if one of my deals at work is scheduled to close on January 13 but I throw out there — how about sometime before March? Â Unacceptable. Â But doctors? Â That’s fine. Â I know nature is on it’s own timetable and blah, blah, blah. Â But you know what? Â I can complain about that crap. Â Sorry, Drew, I’m gonna do it.