My parents were pretty strict with TV when I was a kid, but that didn’t stop me from secretly watching my all-time favorite showâ€¦ The Simpsons. Say what you will about how technology and screen time are ruining our current generation, but there’s just something about good old TV, especially classic TV, that brings families together.

Instead of taking my kids to an art museum or a historical war exhibit, I’m going to force them to watch the classics, dammit! They’ll learn to appreciate television at its finest, laugh tracks and all, and they may even learn a few pop-culture references while they’re at it.

Wahhh! Basically, I just want my kids to be subjected to the whiny Lucille Ball voice sometime in their lives. Also, they need to see the famous chocolate factory episode before they hit middle school. The Brady Bunch!!! This was one of the few shows that I loved so hard, I had no idea it wasn’t current when I was a kid. But don’t get me started on the horror show that was My Fair Brady on VH1â€¦

I loved, loved, loved Mary Tyler Moore, especially the part where she whimsically throws her hat in the air in the intro. MTM was one of the few “clean” TV shows I was allowed to watch endless reruns of as a kid. 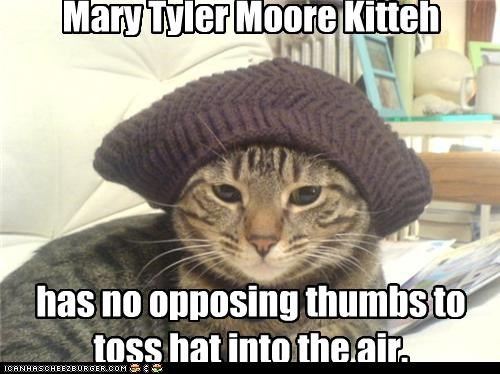 Happy Days just makes me happy. Young kids will also get to see early Ron Howard before he became a mogul director and produced Arrested Development (clearly his finest accomplishment).

I remember watching Laverne and Shirley on a really old school TV while my mom did crafts. Let’s be honest, I just like the intro and could listen to their silly chant on a loop all day long: “Schlemiel! Schlimazel! Hasenpfeffer Incorporated!” (Bonus, Laverne and Shirley was a Happy Days spinoff.)

I have such a soft spot in my heart for Full House because I was full-on obsessed with the show throughout its run into the early 90s. Full House worked its charm on me so much that I wished I had a dead mom and a few hot uncles to raise me. Don’t askâ€¦

Rosanne may be a crazy bitch, but she’s also kind of awesome. If you want your kids to see what the average angsty family was like in the 90s, turn on Rosanne for a half hour of “education.”

If your kids only know the Smith family by Willow or Jaden, you must be doing something wrong as a parent. Sit those kiddies down and make them watch a Fresh Prince marathon until they can rap the opening credits to prove their devotion.

Â 10.Â Malcolm in the Middle

This show barely falls into classic status, but it’s no longer on air, and it was awesome. Malcolm in the Middle made me appreciate my crazy family for all it was and wish they were even crazier. (Bonus, Bryan Cranston pre-Breaking Bad!)